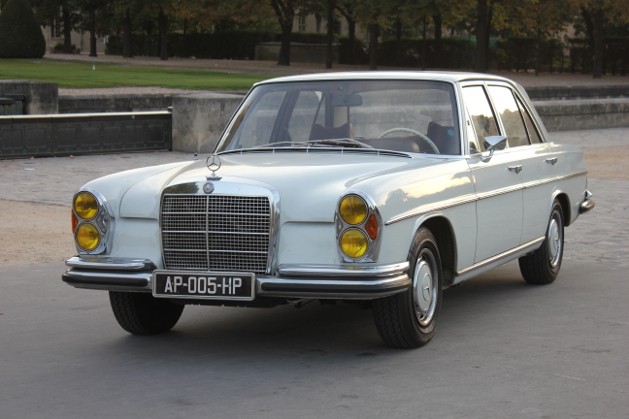 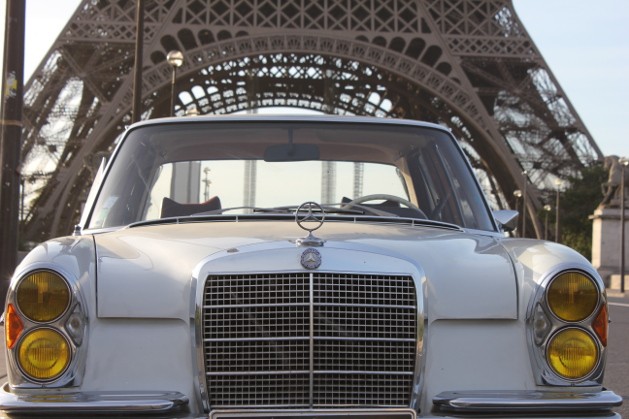 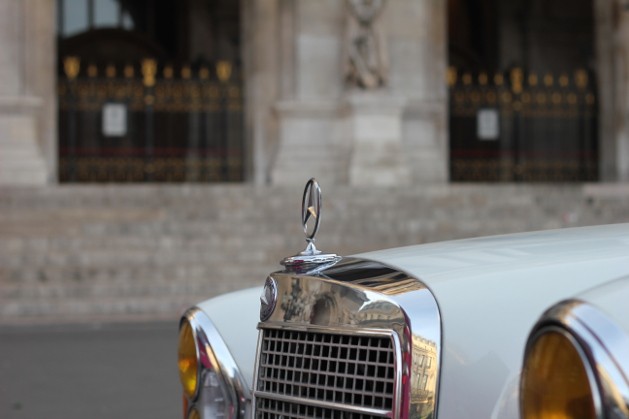 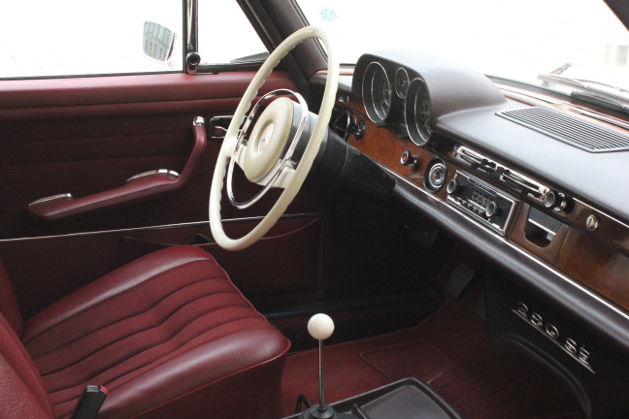 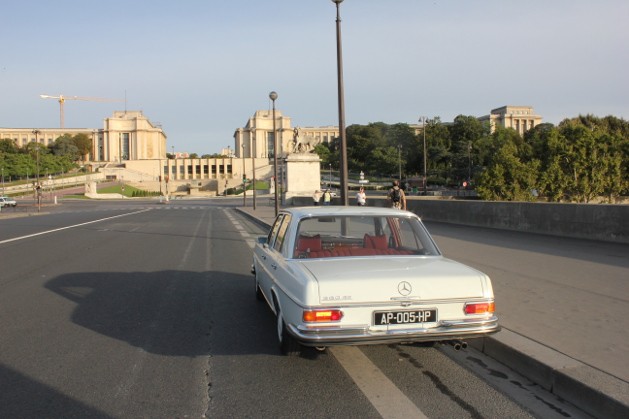 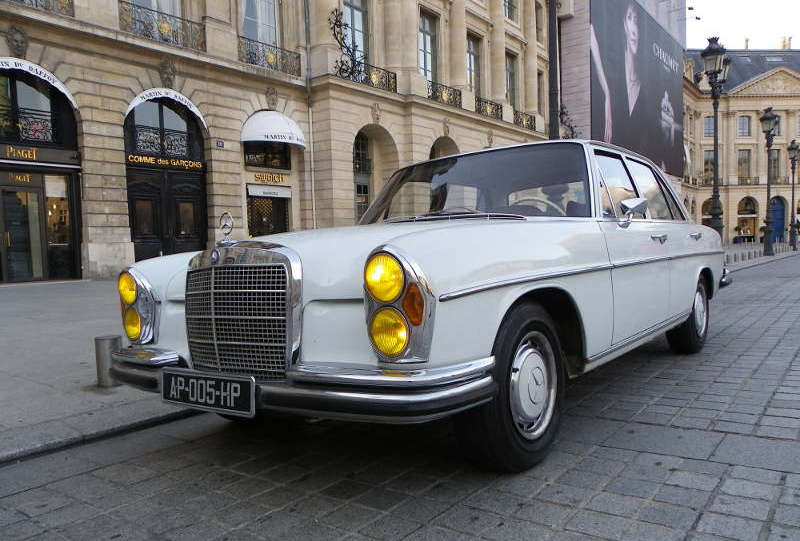 After the war, Mercedes was quick to reaffirm with the 300 and 600 models that the upscale remained its prerogative. In 1966, the new S-class emerged as the flag bearer of the brand.

The previous S-Class, which appeared in 1959, and was characterized by its American style « fins », had quickly aged. So, the French designer Paul Bracq would be responsible for redrawing the high-end sedans. The stylist, who would later work for BMW and Peugeot, succeeded in imposing his style with sleek lines that made the car look slender although it measured 4,90 m. 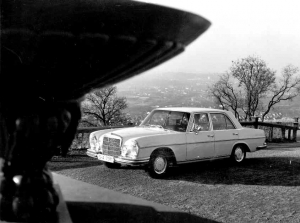 Tested on the tracks of the factory with an impressive series of crash tests (Mercedes was the pioneer at the time); tested also on the road, especially in Africa, the new generation sedan received the internal designation W108. It was logically the Frankfurt motor show that had the scoop in September 1965. Three versions were available: 250 S carburettor, 250 SE injection (in the language of Goethe, Einspritzung, hence the E) and 300 SE. As to the frame, running gear adopted the principles of the previous series, but with a new hydraulic compensator, the famous broken axle rear suspension adding disc brakes on all 4 wheels.

The list of equipment supplied on request was rather long: automatic transmission, air conditioner, electric windows, electric opening roof, central locking, central armrest forming a sixth seat, orthopaedic seats. The upholstery proposed a wide range of fabrics: leather, the everlasting Tex fabric, adding a large choice of colours. Without supplement the choice of a selector on the floor instead of the traditional one on the steering wheel remained possible. 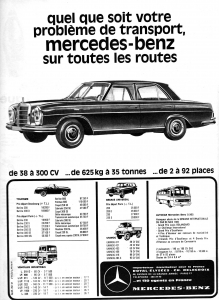 Warmly welcomed by the press both for its opulent appearance and performance, the big Mercedes had a very good commercial start. Particularly in France, it seduced a number of business managers and members of the so called liberal professions. It must be said that the French auto industry offered them nothing above the Citroen DS 21 Pallas at 16,935 French Francs and, in particular, not a single 6 cylinder engine. Mercedes sedans were sold from 26,000 to 36,500 French Francs.

In January 1968 at the Brussels motor show, a new 2.8-liter 6-cylinder engine (i.e. 250 becomes 280) appeared, always single overhead cam head, but overhauled in favour of greater reliability. A few weeks later, at the Geneva Motor Show, there was a total surprise: Mercedes had dared to place the big 6.5-liter V8 in the 300 SEL (L for long version). With 250 hp and a phenomenal torque, acceleration levels beat some of the most ambitious GTs; 6.5 seconds from 0 to 100 km/h, with a top speed  deliberately limited to 220 km/h.

Thus, without major changes, except the appearance of smaller V8 (3.5 and 4.5 L), the W108 would continue its career until 1972 with a total production of 383,000 copies. They will be replaced by a new series named W116 with heavier lines and horizontal headlamps.

The history of our Mercedes 280 SE

Bought in June 1970 from the historic concession of « Royal Elysees (official retailer of Jaguar and Mercedes in the fifties, sixties and seventies, situated avenue of the Grande Armée) by a business manager attentive to his comfort. The car is equipped with front headrests, power steering and a Becker Stereo radio set receiving the FM band, a luxury at the beginning of the 70s, with electric antenna. 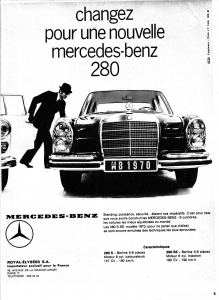 The car is equipped with an inside MB-Tex/Fabric Bordeaux colour, an excellent match with the milk-white body of the car.

Never restored, the car is in absolutely outstanding condition inside and out, underlining the legendary Mercedes quality. The rich internal woodwork, the comfortable seats as well as the thick carpets will put you at ease and allow you to enjoy your visit, lulled by the gentle hum of the six on line cylinder engine. Used exclusively by the driver of the entrepreneur until the late 70s and stored in a garage free from humidity since then, the car needed only a basic mechanical revision to resume service on the Haussmanian grand boulevards.