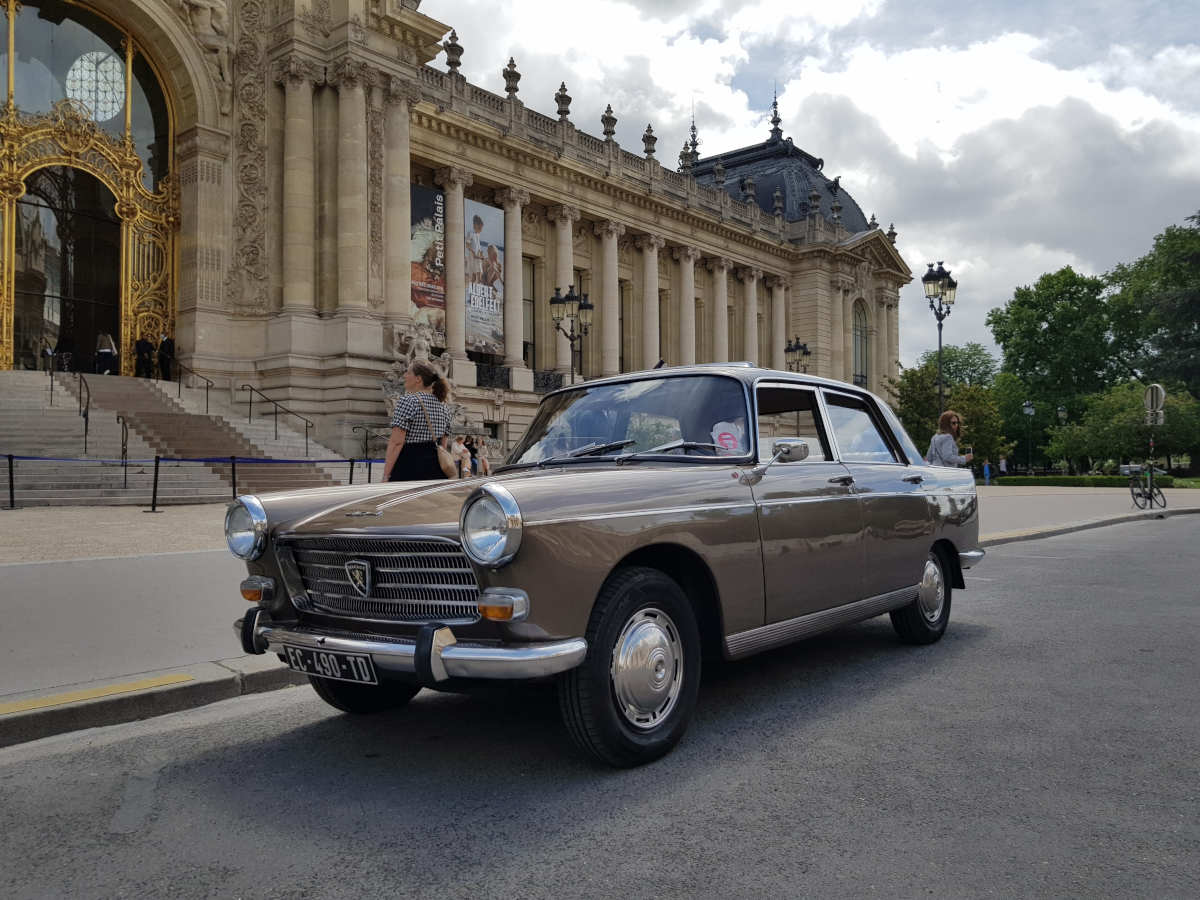 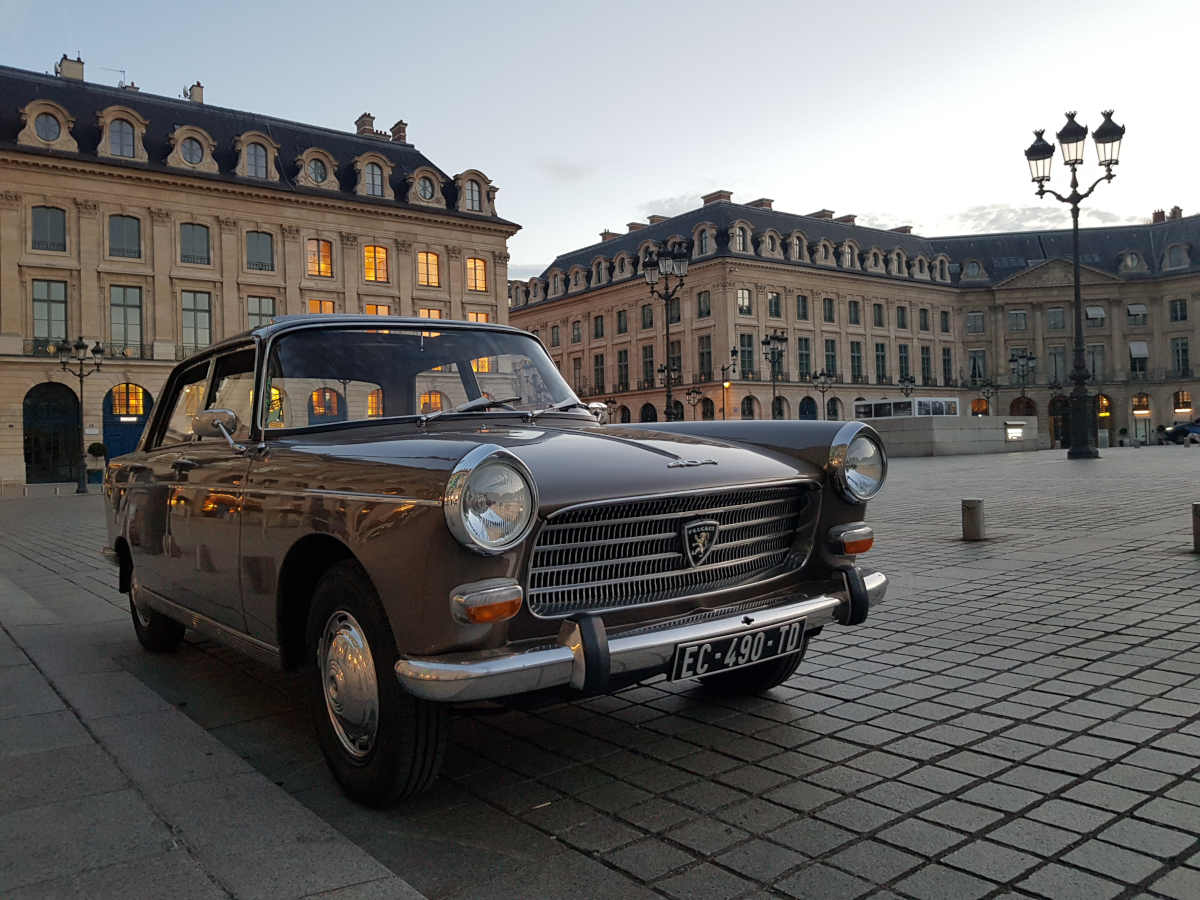 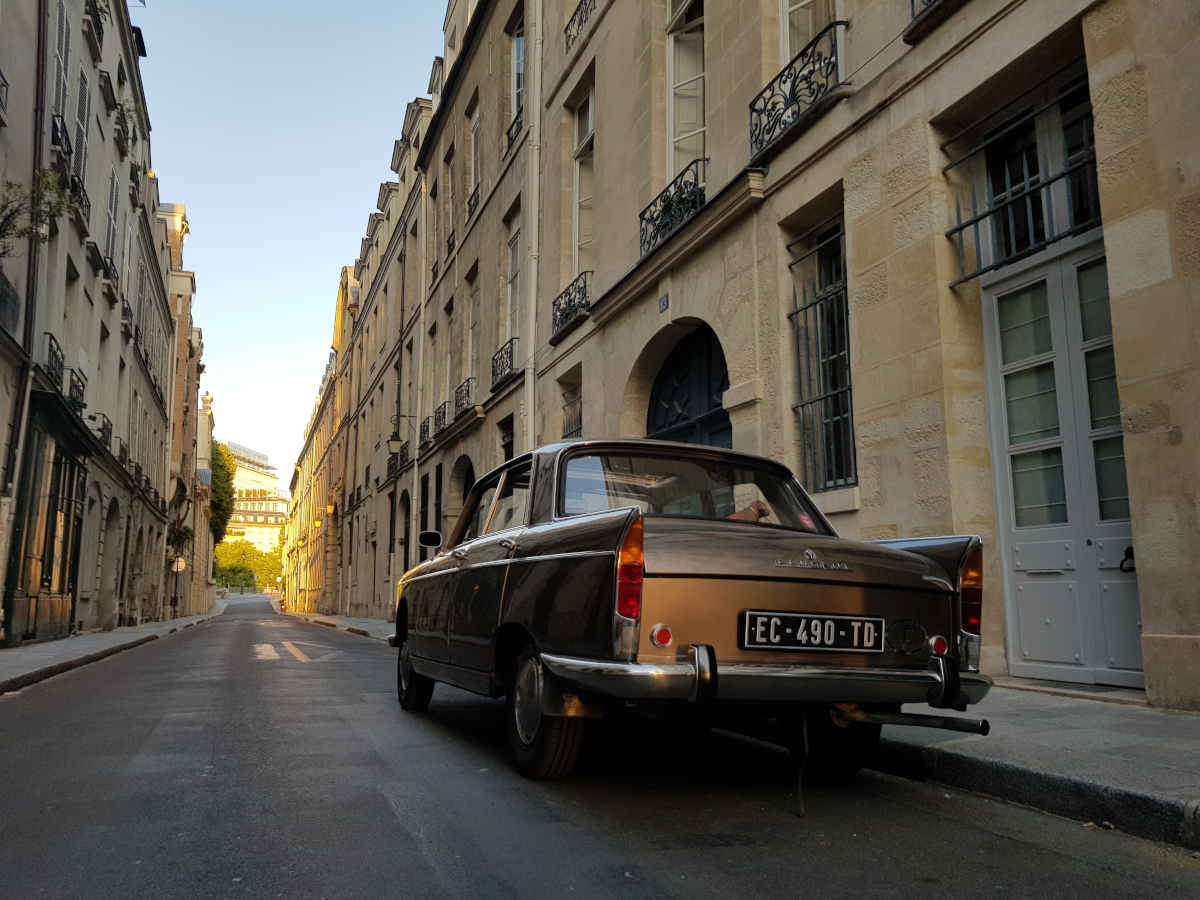 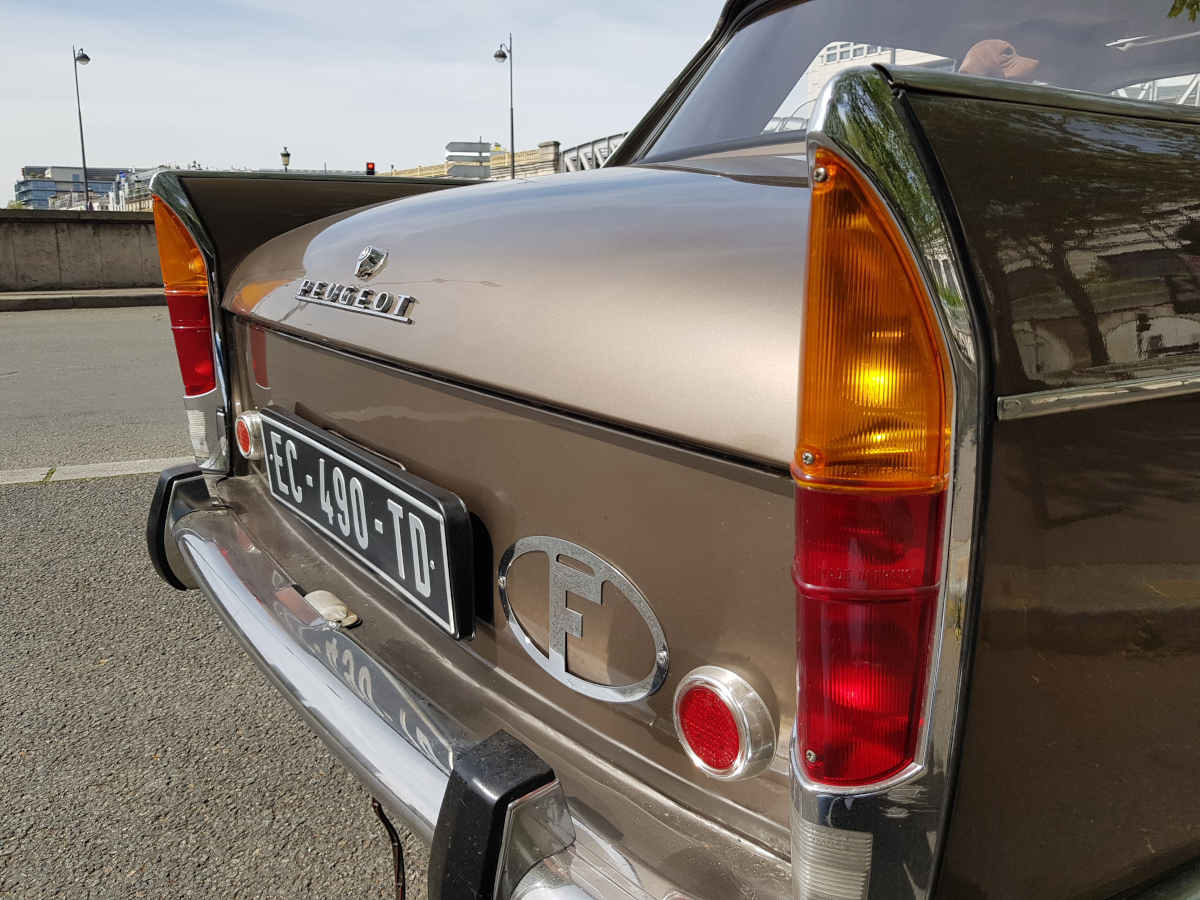 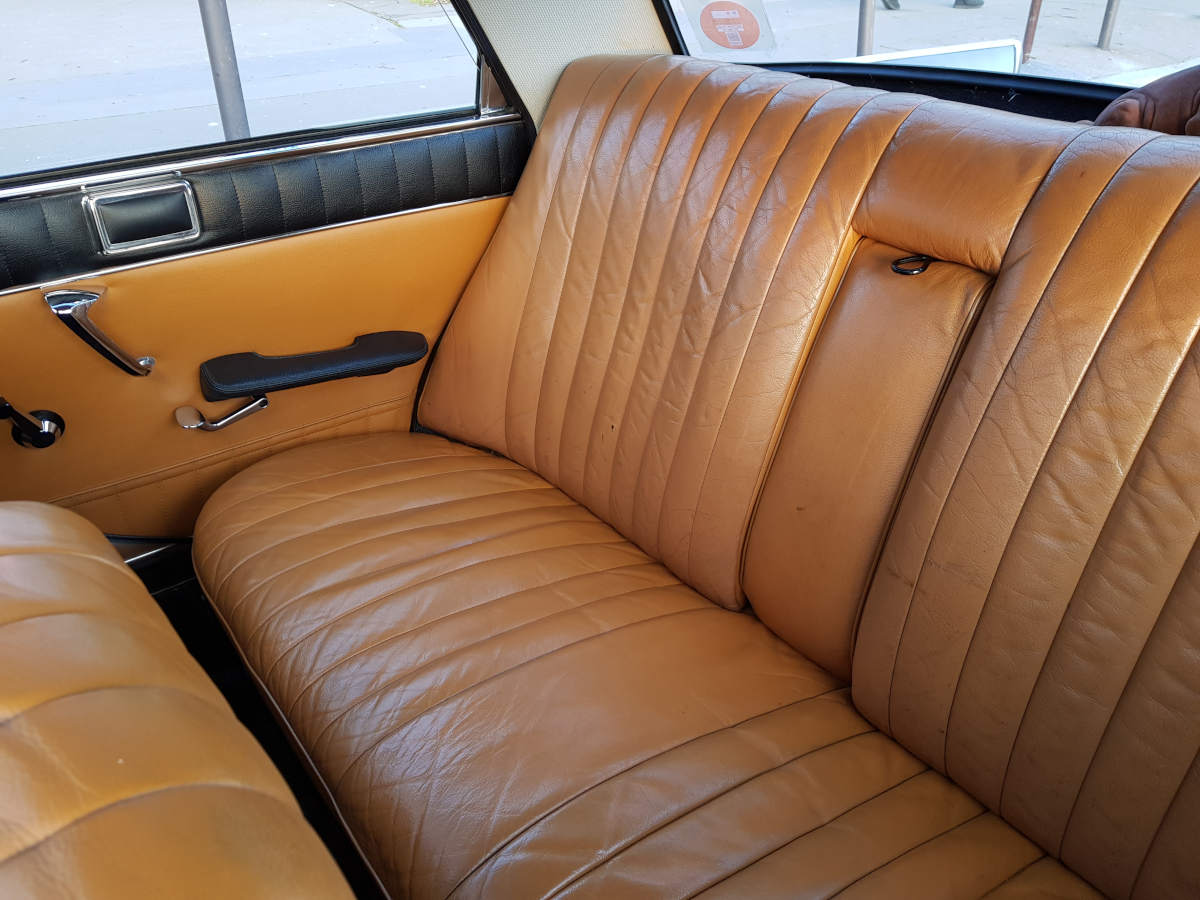 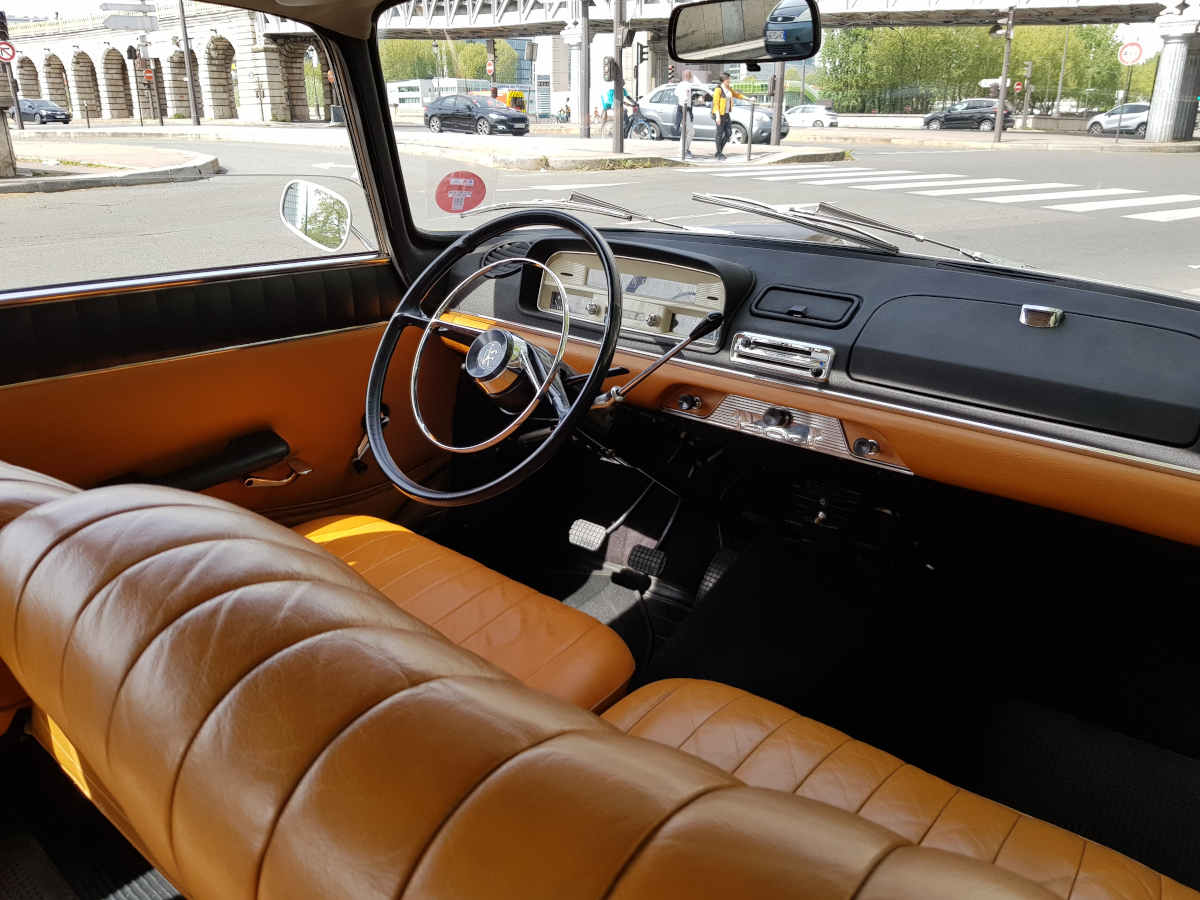 It was on 9 May 1960 that the new 404 was presented to the press. Aside from some bold colours for a Peugeot sedan with an « tango » orange and turquoise, it was the aesthetic of the car that aroused most of the praise. Advertising made no reference to the Italian school, but journalists all knew that the car was signed by the famous Italian designer Pininfarina.

The interior layout is clearly more cheerful than the previous model (403) with an oblique dash board edge which provided for generous ventilators and fabrics in bright colours. The refinement extends to the car trunk, fully carpeted.

Under this flattering body work, mechanics also evolved. While preserving the hemispherical combustion chambers and the deck with screw dear to the Sochaux technicians, the engine was tilted to 45 % to lower the hood; the 4th speed is directly confronted and the front suspension abandoned the transverse blades to be replaced by vertical spring dampers. 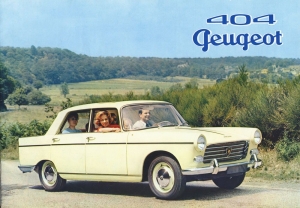 Sales actually started in May 1960 at a price of 9,150 French Francs, with an additional 150 French Francs for the sunroof. At the same time the 403, still in the catalogue, sold for 8,250 French Francs. The success of the 404 was immediate with over 10,000 cars sold at the end of the summer of 1960. A more luxurious version completed the offer under the designation Super-Luxe sedan and was proposed at 10,850 French Francs. It offered leather upholstery, more chromes and metallic paintwork.

Different developments appeared over the years: indirect injection starting from 1963 which promised higher performances (160 km/h); diesel sedan in the fall of 1963, front disc brakes from 1968 on, an “European” grid gearbox in the same year putting to an end the tradition of inversed first gear introduced on the 203 twenty years earlier.

With the release in 1968 of the 504 sedan, the older 404 abandoned altogether the luxury versions and proposed only a simplified model called “Confort” with more modest equipment. It would be available on the French market until 1975. In export markets such as Africa and South America, the 404 was proposed until 1978 (the last car left the chain in November 1978) while the 505 was already in production. The total production of the 404 sedan exceeded over a million and a half cars. 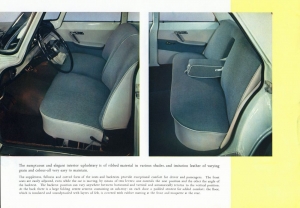 As the number of mechanical versions increased, the appearance of the car has changed little in its 18 years of career affecting mainly rims, bumpers, rear skirt, lights and dashboard with the transition in 1967 to round dials.

With the passing years, the elegant appearance of the Sochaux star of the sixties is still firmly rooted in the minds of automobile lovers: a general equilibrium that avoids banality, an angled face for the dynamism, a panoramic windshield, slender pillars and horizontal fins that end with vertical lights reminiscent of the French tobacco store signs. Finally, the only fault of the design, as pointed by Auto-Journal in his essay of 404 would be « aesthetic may be too trendy. » 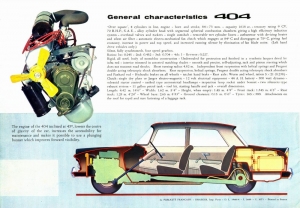 By the solidity of its construction, reliability and comfort, the 404 was during its long career the favourite car of provincial notables who praised its classicism and discreet elegance. The 404 contributed to establishing the legend of Peugeot through its participation in the challenging African rallies. Four out right victories in the East African Safari (1963, 1966, 1967 and 1968) strengthened the position of the manufacturer by giving this French bourgeois sedan the enviable reputation for solidity under the most punishing conditions.

Peugeot 404 Super Luxe in which we invite you to travel dates from 1965. It is a top-of-the-range version and you will find on board a superb apricot leather interior, the sunroof and even the cigarette lighter and the right rear-view mirror! It has the charm of the early year models, sporting a horizontal odometer and a gear clutch placed on the steering wheel. The body color was also specific and only reserved for the top-of-the-range versions. There are also additional chromes, around the headlights and window surrounds, specific to this SL version.

Its first owner was a tax collector from the town of Nevers. His meticulous attention to the car equalled only the zeal he applied when realizing fiscal controls. The car was used only on weekends to visit his country home. The first owner sold the car only when old age prevented him from driving.

The car then benefited from a major body and mechanical restoration and today it is in an exceptional state of preservation. Paris Balade is happy to invite you aboard one of the most beautiful Peugeot 404 that can be found today.